Project management skills that every media professional should have 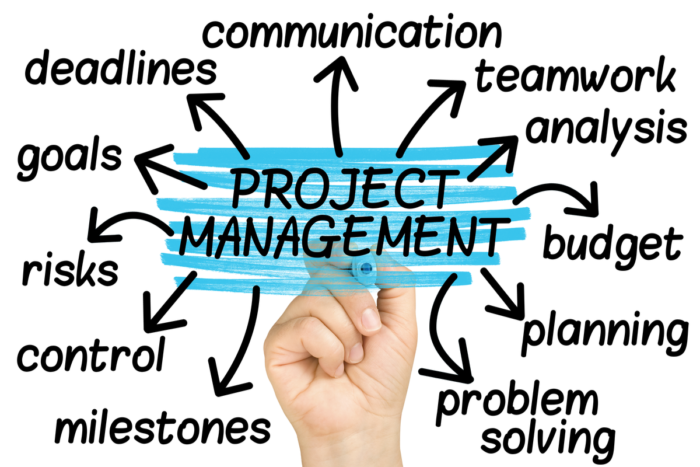 To be good at media project management, you need a unique set of skills. Type A: organised; on-top-of-it… these are merely a couple of them which come to mind. Some project management skills that great professionals in this area have are innate. In other words, these are personality characteristics which typically can’t be taught. Others include soft skills which can be honed as well as improved over time.

A media project manager has the task of making sure that everyone who is involved in a project is connected. However, aligning an entire team of diverse individuals can be challenging. Often, project managers in the media are required to work together with people from different departments. These people have disparate mindsets. This means that it’s quite important for media project managers to be highly skilled.

Responsibilities of project managers in the media

For project managers in the media, specifically, you’re managing projects, planning campaigns, reporting on results in addition to keeping budgets in-line. The list is never-ending, really. As a project manager in the media your skillset is extremely extensive. The problem is that project management is typically a bonus task which is tacked on to a marketing manager’s already packed job description. And it’s rarely something that marketers and media professionals easily get the hang of.

What is meant by the nature and scope of a project?

The discipline of project management encompasses a set of core activities that assist with achieving project goals as well as objectives. It includes:

The nature and scope of the project examines aspects such as scope, time as well as budget which restrict activities or set the limits within which project management must be controlled

Here is a list of a number of the skills that project managers in the media need to have.

Project managers are required to have fantastic leadership skills because a project manager’s main role is to lead projects. This being said, other matters also make this skill vital to the area of project management. Those people who are skilled leaders are responsible for setting the vision for the project, motivating the team as well as making themselves available to solve roadblocks in addition to overcoming hurdles.

From an operational point of view, project managers in the media industry must exhibit leadership skills when launching new tools, imposing project timelines as well as ensuring that everyone on their team is proceeding towards the same goal.

It is vital that project managers are organised. Unfortunately, this is usually a lot easier said than done especially for project managers in the media owing to the sheer number of tasks that are going on every single day.l

The media project manager’s job is also further complicated by a number of disconnect tools and spreadsheets which no one else on your team can decipher. In theory, project managers realise that they need to be organised however the odds are stacked against them. The good news is that by just implementing the correct tool can increase your organisational skills as well as make your work life as organised as the rest of your life.

In order to make sure that the project is kept on the right track, it is essential to have project-control mechanisms in place. The correct amount of control must be applied as too much control can be really time-consuming. However, taking less control can make the project get out of hand.

A project’s success is decided on whether or not the project was finalised within the stipulated time period, within the set budget as well as if it has met customer requirements. The scope of the project scope is about the work which needs to be accomplished in order to provide a product, service or result with the specific features as well as functions.

Based on the definitions of a project, it is possible to see that the nature as well as characteristic elements of a project are the following:

A project is a one-time set of events. By stating that each project or task is unique, one is saying that the repetition of a task repetition cannot be a prominent feature. If this is the case, we would be able to solve the task once and merely copy or standardise the processes. A project may be similar to previous projects however it is unique in terms of timeframes, resources and business environment.

Constraints of time and scope

The feature of uniqueness also entails that a project must be enclosed both in scope (totality of work needed to complete a project) and time (there must be a beginning and an end). This delimitation may not be entirely clear from the outset, and it could even change during the course of the project, however if one experienced a permanent stream of changing tasks, it could be possible to say that this was no longer a single project.

A lack of resources – such as money, time, equipment, tools and specialised skills – can significantly influence the potential success of a project.

A project consists of complex as well as numerous activities. The task must have some complexity before it belongs to a project. If the task were simple, most people would know how to solve it and the amount of organisational overhead normally associated with a project would not be needed.

Deliverables is a term that is used in project management to describe a tangible or intangible object that is produced as a result of the project.

Are you in the media? If so, then you’ll know that the media industry is characterised by many, many projects. As such, you’ll need to know how to manage these elements.

To learn how you can become a stellar project manager in the media, please follow this link. How to utilise Google calendar as a project management tool What Does An SEM Specialist Do For A Living?
Menu