What are the fundamentals of project management? 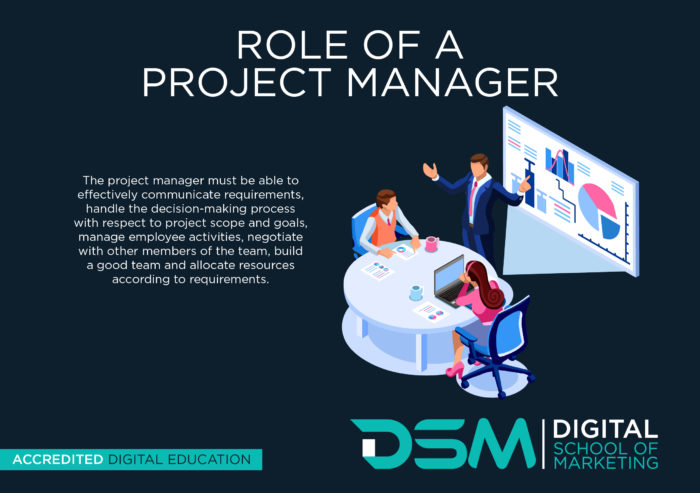 The term ‘project management’ refers to the application of knowledge, skills, tools as well as techniques to projects in order to meet project requirements.

Project management is successfully carried out through the use of the processes such as:

Projects can be divided into these phases in order to provide better management control with suitable links to the continuing operations of the performing organisation. Together, these phases are termed the ‘project life cycle’.

The role of project management

Project management is needed in order to manage projects effectively as well as drive them to success. The procedure of project management begins with the decision to start a project once the need and the viability for the project have been weighed up.

Once a project kicks off, it is crucial to monitor the project progress at every step to ensure that it delivers what all is required:

What is meant by the nature and scope of a project?

The discipline of project management encompasses a set of core activities that assist with achieving project goals as well as objectives. It includes:

The nature and scope of the project examines aspects such as scope, time as well as budget which restrict activities or set the limits within which project management must be controlled

In order to make sure that the project is kept on the right track, it is essential to have project-control mechanisms in place. The correct amount of control must be applied as too much control can be really time-consuming. However, taking less control can make the project get out of hand.

A project’s success is decided on whether or not the project was finalised within the stipulated time period, within the set budget as well as if it has met customer requirements. The scope of the project scope is about the work which needs to be accomplished in order to provide a product, service or result with the specific features as well as functions.

Based on the definitions of a project, it is possible to see that the nature as well as characteristic elements of a project are the following:

A project is a one-time set of events. By stating that each project or task is unique, one is saying that the repetition of a task repetition cannot be a prominent feature. If this is the case, we would be able to solve the task once and merely copy or standardise the processes. A project may be similar to previous projects however it is unique in terms of timeframes, resources and business environment.

Constraints of time and scope

The feature of uniqueness also entails that a project must be enclosed both in scope (totality of work needed to complete a project) and time (there must be a beginning and an end). This delimitation may not be entirely clear from the outset, and it could even change during the course of the project, however if one experienced a permanent stream of changing tasks, it could be possible to say that this was no longer a single project.

A lack of resources – such as money, time, equipment, tools and specialised skills – can significantly influence the potential success of a project.

A project consists of complex as well as numerous activities. The task must have some complexity before it belongs to a project. If the task were simple, most people would know how to solve it and the amount of organisational overhead normally associated with a project would not be needed.

Deliverables is a term that is used in project management to describe a tangible or intangible object that is produced as a result of the project.

Are you in the media? If so, then you’ll know that the media industry is characterised by many, many projects. As such, you’ll need to know how to manage these elements.

If you want to know more about our Digital Marketing courses and brush up on your project management skills, we suggest that you do our Project Management in the Media Course. Read more here. What is the difference between a leader and a manager?