What Is The Future Of Facebook Advertising? Learn more.

Facebook advertising has been very instrumental in assisting organisations to reach their campaign objectives, whether it’s to generate leads, increase sales or – alternatively – to drive traffic to their websites.

Part of the reason is that it’s one of the most cost-effective advertising tools, especially for a top social media platform which has such a powerful organic reach. However, if we think about the ever-changing state of technology, we can’t help but question the future of Facebook advertising and how this social media giant will stay relevant as well as competitive.

Facebook advertising’s worldwide revenue topped $84 billion in 2020. Just 11 years earlier, the company was earning $764 million in advertising revenue. The number of users has grown — by 2 700% since 2007, totalling 2.7 billion users in 2020 — but Facebook’s savvy approach to beating the competition and making itself invaluable to advertisers is what grew advertising revenue by 109 000%. However, the company – which also owns Instagram, WhatsApp and Oculus VR – is confronting major competitors. They include Apple and Twitter, as well as start-up competitors, such as Locals.com. Oculus, which is one of the industry leaders in virtual reality (VR), started as a Kickstarter. It had a restricted release, raising $2.5 million of crowdfunded money in 2012 in return for early development editions of their VR headset. In 2014, Facebook bought Oculus for $2 billion. VR was a burgeoning innovation in the early 2010s. The market penetration was limited. For comparison, the PlayStation VR was released a mere two years after the purchase.

The motivation was a bit mysterious at that time until Facebook recently demonstrated its hand by issuing the Oculus Quest 2. Consumers enjoy a first-class, all-in-one VR headset at an affordable price, however not without a catch.

Facebook is continuing with VR path with their VR-only chat platform, Facebook Horizon. This is still in beta testing, however, aims to enhance user interaction on social media with virtual reality. Representatives believe that they’re creating an “authentic as well as lifelike collaboration between people and colleagues” which will enhance the social media experience by taking away user-generated content and encouraging world building. Incorporated in this platform will be your avatar’s ability to touch, feel as well as manipulate objects. Platform development will be supported by “in-game” ads, leveraging the data collection available within the environment.

If you would like to learn more about social media marketing then you need to do our Social Media Marketing Course. Read more by following this link. 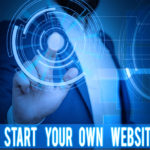 How Can Marketing Add More Value To Your Organisation?
Menu