Social Media is the 21st Century Source of News (Virtually) gone are the days when news was broken via traditional media such as television or radio. In fact, these two mediums are scrambling to get stories that they can get the exclusive on. Why? Because social media – specifically Twitter – is slowly but surely taking over as the go-to-source of information.

Why social media is the go-to source of information

Anyone who has access to a Twitter account – or any other social media platform, for that matter – becomes a journalist. This is because the updates that they post have the potential to reach massive audiences.

Journalists attached to traditional media outlets have the reputation of the particular newspaper or television station to uphold. Thus, the custodians of the brand will have put in place various stringent quality control processes to make sure that only quality news and accurate reporting find their way onto the news waves.

These processes will take some time which means that social media will often pip traditional media at the post and scoop them on stories that they were too slow on reporting.

Influencer marketing takes advantage of the immediacy of social media

Brands have seen that ‘ordinary’ people are becoming widely known in their industries, so much so when they encourage their followers to talk about something it becomes a trend and other people get to hear of it in much the same way as they would via turning into a news broadcast or picking up a newspaper.

This trend in digital marketing is called ‘influencer marketing’. People follow influencers in a particular field to get the scoop on what is new and happening in their specific area of influence. Owing to the immediacy of broadcasts being published the brand gets an almost immediate and measurable return on investment as they can see the amount of engagement that the influencers are generating for them.

Influencer marketing is so successful as it works on the hashtag. This character is placed in front of a word or phrase, that a brand decides to use for the product or event, and all people who put out social media updates related to the campaign are encouraged to use the particular hashtag. This is so that all the social media mentions related to that particular campaign are easy to find and the brand manager can easily draw engagement stats so measuring the success of the particular digital marketing campaign.

In the last little while, some have posted sensationalist pieces on social media which are about a real topic however these can’t be further from the truth. But these news pieces are put together in such a way that social media users believe that these updates are true.

Thinking that these are true updates, social media users share these among their followers with the result that a good deal of the population is misled about a certain subject. If you think that something is too good to be true, before you share it do a Google search to find out if there is any validity in it. If there is – and you still want to share it – by all means, go ahead.

Social media has revolutionised the world and how we communicate in it. It has brought with it the ability to meet people from across the world who we wouldn’t otherwise have met had it not been thanks to social media. Social media has also allowed us to reconnect with people that we had lost touch with. This type of communication allows us to discover new and exciting things because people are talking about them. However, just as with any other types of media, we need to exercise caution when it comes to believing everything that we see on social media.

The Digital School of Marketing’s Social Media Marketing Course is a unique educational offering in the digital marketing space. It provides the most comprehensive tuition on social media and will allow you to use this exciting medium for your own business. For more information about this and our other online digital marketing courses, visit our website. 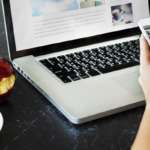 What Precautions Digital Marketers need to take During Load Shedding 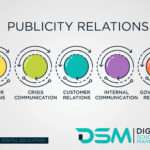 Why do you need a Public Relations Strategy?
Menu