How to Market to Various Generations on Social Media 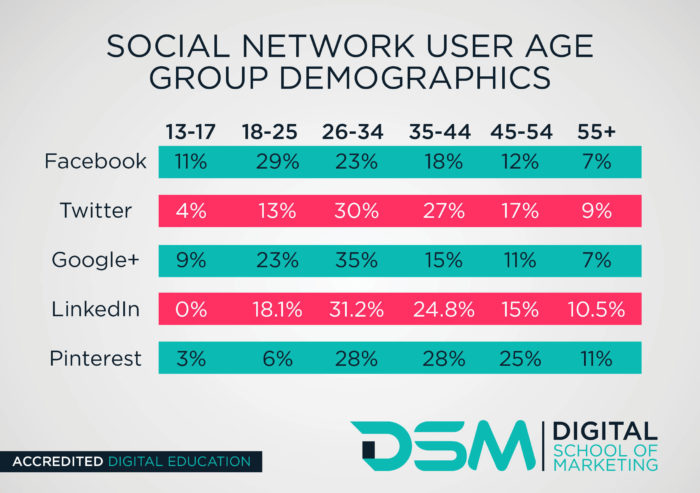 Aged between 50 and 65, Baby Boomers didn’t grow up in the technological world we live in today. Most of them didn’t know what a cellphone was until adulthood. However, this generation is the fastest-growing demographic of social media users, with usage of Instagram and WhatsApp up 59% and 44% respectively between 2016 and 2019.

How to engage with Baby Boomers:

If you’re between 36 and 49 years of age, you belong to Generation X (also known as the ‘MTV Generation’). Generation X were in their youth when things like wireless phones and personal computers came about, and grew up before the internet became commonplace across the planet. Generation X spends around two hours a day using social media, which is more than Baby Boomers but less than Millennials and Gen Z.

Twitter is not a good place to reach the MTV Generation. While 48% own Twitter accounts, less than half are active users. Generation X are in the parenting stage of their lives, so social media marketing campaigns that focus on things like healthy living and providing for their families are popular among this demographic. Generation X are also more brand loyal than Millennials, so once you have them – you keep them.

How to engage with Generation X:

This generation is said to be the most tech-savvy of all, and the most resistant to sales pitches. As the first generation which has grown up with social media and computers, Millennials are starting to outgrow social media, with daily usage time slowly decreasing. This could be because 50% of them admit to overspending in order to impress their social media networks.

Facebook is where most Millennials hang out, with over 87% owning an account. They also have the highest average number of Facebook friends of any generation. Over 43% of Millennials want brands to reach them via email, and they believe that user-generated content (like reviews and testimonials) are 50% more trustworthy than brand-generated content.

How to engage with Millennials:

Gen Z are individuals who were born in or just before the new millennium. Aged between 13 and 19, Generation Z don’t know a world without countless social media platforms, Wi-Fi and flat-screen televisions. They spend almost three hours of each day on social media and have an average attention span of only eight seconds. This makes marketing to them on social media challenging.

Many people who belong to Generation Z are moving away from social media platforms like Facebook, preferring multimedia-rich sites like Instagram, Snapchat and YouTube. These social media users want authenticity, with 63% saying they prefer to see ‘real people’ in advertisements over celebrities. They love video, with nine out of ten Generation Z’ers saying they watch YouTube daily.

How to engage with Generation Z: