What Is An Organogram? 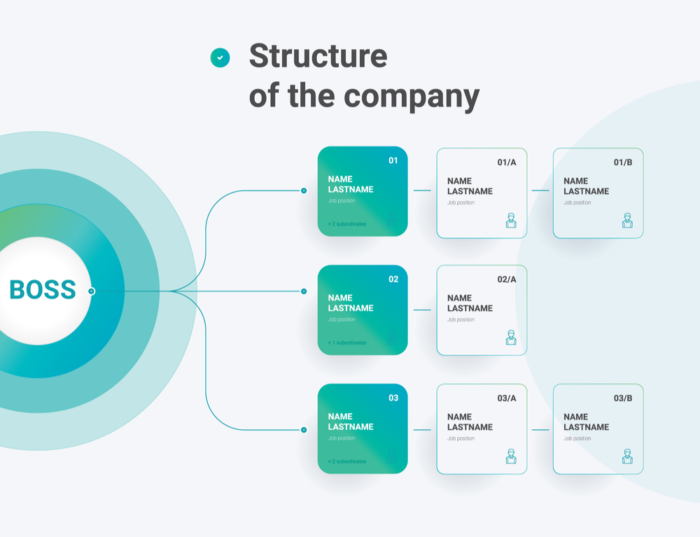 An organogram of a company usually shows the managers and sub-workers who make up an organisation. This type of diagram also shows the relationships between directors, managing director, chief executive officer and various departments. In many large companies, the organogram can be large and incredibly complicated and is sometimes split into smaller charts for each separate department within the organisation.

A hierarchical organisation is a company structure where every entity in the business, except one, is subordinate to one single other entity. This arrangement is a format of a hierarchy.

Structuring organisations in this way is useful partly as it can reduce the communication overhead by limiting information flow. However, this is also its major limitation

Matrix management is a kind of organisational management in which people with related skills are pooled for work assignments. For instance, all engineers may be in one engineering department and report to an engineering manager however these same engineers may be assigned to different projects and then report to a project manager while working on that particular project.

This means that each engineer may need to work under several managers to get their job done. Flat organisation (also known as horizontal organisation) refers to an organisational structure with few or no levels of intervening management between staff as well as managers. The idea is that well-trained workers have increased levels of productivity if they are more directly involved in the decision-making process as opposed to closely supervised by many layers of management.

This structure is usually possible only in smaller organisations or individual units within larger organisations. When they reach a critical size, organisations can keep a streamlined structure but cannot keep a completely flat manager-to-staff relationship without affecting productivity.

Specific financial responsibilities may also need a more conventional structure. Some theorise that flat organisations become more traditionally hierarchical when they begin to be geared towards productivity.

The flat organisation model promotes employee involvement through a decentralised decision-making process. Through elevating the level of responsibility of baseline employees and eliminating layers of middle management, comments, as well as feedback, reach all staff members more quickly who are involved in decisions.

The expected response to customer feedback becomes quicker. As the interaction between workers is more frequent, this organisational structure generally relies on a much more personal relationship between workers and managers. This means that the structure can be more time-consuming to build than a traditional hierarchical model.

If you’re in management – be it marketing, sales or just general management – then you’re going to need to become familiar with the organogram. If you want to become a sales manager worth your salt, you need to have done our Sales Management Course. Read more here. What Does Effective Management And Leadership Involve? What Is A Pricing Strategy?
Menu