What is a GUI? 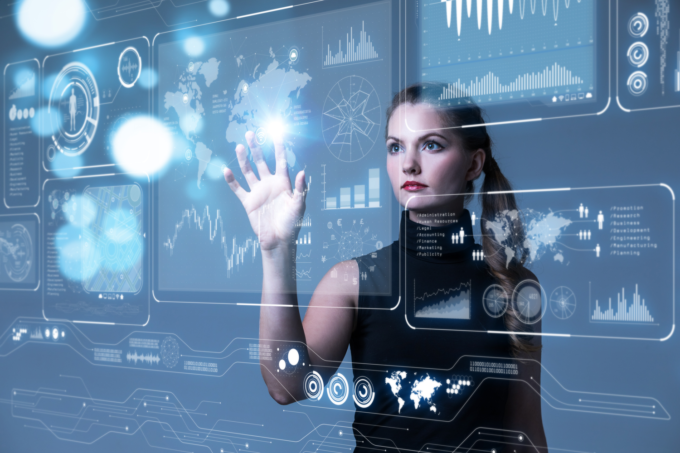 A Graphical User Interface (GUI) is an arrangement of interactive components such as icons and other graphical objects that assist a user to interact with computer software, such as an operating system. A GUI is believed to be more user-friendly than a command-line interface which is text based, such as MS-DOS, or the shell of Unix-like operating systems.

A GUI is also an interface through which a user relates with electronic devices such as computers, hand-held devices as well as other appliances. This interface displays information graphically and related user controls. This is as opposed to text-based interfaces, where data and commands are in text format. GUI representations are manipulated by using a pointing device such as a mouse, trackball, stylus or – alternatively – a finger on a touchscreen.

The requirement for GUI became apparent as the first human/computer text interface was through keyboard text creation using what is named a prompt (or DOS prompt). Commands were typed onto a keyboard at the DOS prompt in order to introduce responses from a computer. Using these commands, and the need for exact spelling, created a cumbersome and inefficient interface.

What are the benefits of a GUI?

The most significant advantage of a GUI is that systems which make use of one are available to individuals of all levels of knowledge, from an utter beginner to an advanced software developer or other tech-savvy people. GUIs make it easy for anyone to:

GUIs also give instant feedback. By click on an icon, this action will open it up in real-time. By using a command-line interface, you won’t know if it’s a valid entry until you hit <ENTER>. If it’s not valid, nothing will happen.

A computer with a GUI that is well designed can be used by almost anybody. This is regardless of how technically savvy the person might be. Consider the cash management systems, or computerised cash registers, that are used in stores and restaurants today. Inputting information is as easy as pressing numbers or images on a touchscreen to place orders and calculate payments. The process of inputting information is simple and practically anybody can be trained to do it. The system is able to store all of the sales data for later analysis in countless ways as well as for digital marketing purposes. This type of data collection was far more labour-intensive before GUI interfaces.

Here are some more benefits or advantages of GUI Interface:

GUIs are utilised for the majority of computer operating systems, mobile operating systems as well as software that is on the market today. Although a few operating systems, such as Linux, still use command-line interfaces, this feature makes them less mainstream as they are only suitable for those who have an in-depth knowledge of commands and programming.

Want to know more about digital marketing? Follow this link to find out more. What is digital marketing automation?
Menu