Why PR professionals need to have solid writing skills 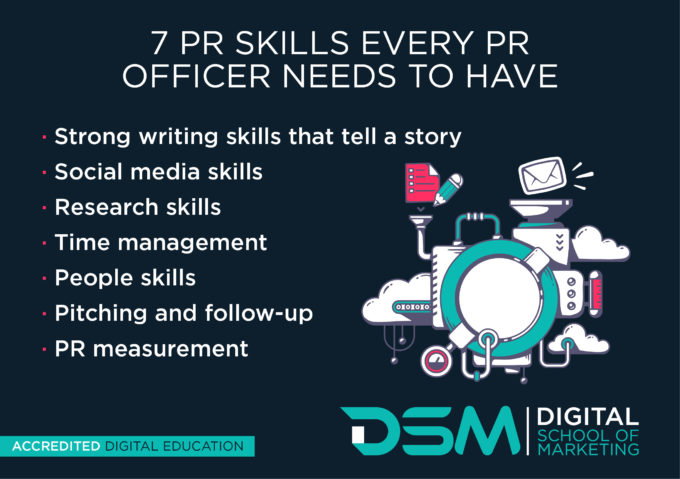 Public relations (PR) professionals at all levels in industry are required to have solid writing skills. This is because PR professionals are responsible for putting together communication materials which are intended to influence the attitudes and/or behaviours of key members or groups in the public.

Many employers need candidates for public relations positions to finish a writing test as well as provide a writing sample in order to demonstrate expertise in this skill. This means that it is critical to comprehend how to craft effective messaging through written communication.

As professional communicators, it is required of PR people to develop content, that is accurate as well as compelling, on behalf of companies in addition to organisations. In fact, the ability to be a good writer perhaps the most important skill needed to be a great PR professional. Yes, being able to pitch media and cultivating online relationships in this social media world are also key components to success in PR. However, without good writing skills neither of these tasks can be successfully accomplished.

Here are a few of the many materials and messages that PR professionals have to write:

The difference between paid advertising and PR

Advertising is paid media while public relations is earned media.This means you have to persuade reporters or editors to put together a positive story around:

PR appears in the editorial section of the magazine, newspaper, TV station or website as opposed to the “paid media” section in which advertising messages appear. This means that your story has more credibility as it was independently verified by a trusted third party rather than being purchased.

PR has, and is continuing to, involved the timely placement of advice-driven articles as well as  the release of relevant data or research findings, not to mention pinpointing broadcast opportunities for clients.

However, online developments have apparently turned offline PR upside down.

Despite the obvious benefits of adopting digital PR, the altering nature of public relations appears to be causing uncertainty throughout the digital marketing world:

However, rather than avoiding these two approaches altogether, it is necessary to embrace the different strengths as well as weakness of online and offline PR in the format of truly integrated marketing campaigns. After all, by making use of both channels, brands have the chance to hugely widen their reach.

The advantages of adopting a holistic PR strategy

There are a lot of advantages to espousing an all-encompassing PR strategy. These include publicity across the entire media spectrum (print, TV, radio, the internet). Getting online PR in the mix offers a vital avenue to reach potential customers in addition to key influencers.

By combining online with offline PR, news generated by an organisation’s press office can be swiftly spread through peer-to-peer networks, such as Facebook and other social media channels which is a result is that traditional editorial-focused PR is hard-pressed to achieve on its own.

Controlled and uncontrolled media in a public relations environment

Public relation practitioners send out their messages through controlled as well as uncontrolled media:

The pros and cons of controlled and uncontrolled media

Controlled and uncontrolled media both have their advantages as well as disadvantages.

The advantages of controlled media consist of:

Uncontrolled media have fewer challenges with credibility as well as costs:

Controlled and uncontrolled media each have their advantages and disadvantages. A combination of the two is generally utilised in digital public relations campaigns. Controlled media provides precise messages that would lead to reaching company’s objectives. Uncontrolled media offers stronger credibility and is less expensive.

If you want to discover more about the exciting world of digital PR and how it can benefit your business, you need to do a digital PR course such as the one that we offer. Read more by following this link. How to write an effective email