Digital Marketing Trends To Look Out For In 2019

February 20, 2019In the PressAlgorithm Agency

New tech needs to be used in a way that adds value to your company’s digital marketing strategy.

The power of artificial intelligence

Despite popular notions, artificial intelligence (AI) has nothing to do with robots taking over our jobs. According to SAS Africa, it is about enabling computers to learn from experiences, make adjustments in terms of new inputs they receive and perform human-like tasks.

An example of AI, which most of us with smartphones have experienced, is the virtual personal assistant: Siri, Alexa or the Google Personal Assistant. They are able to perform the human-like task of answering questions that you may pose to them. Depending on the feedback that you give them in terms of the answer that they give, they are able to learn and give better answers the next time you ask a question.

We are already seeing AI applied to social media. A massive development in this arena in 2018 was using chatbots on Facebook Messenger. Chatbots played a critical part in digital marketing campaigns. When a user interacted with an advert, the chatbot can capture their details to feed into a company’s sales team. As such, digital marketers can increase the return on investment (ROI) for each campaign as each lead becomes more qualified.

The use of chatbots is still in its infancy and we predict that, in 2019, using this technology will become a common tool in the digital marketer’s arsenal as new features are added and it becomes more intuitive.

Native advertising will become the norm

Internet users are no longer clicking on display adverts. Recent research conducted by Wordstream states that the click-through rate (CTR) on these types of advertisements is 0.35, which is extremely low. This means that advertisers need to be smart when developing their advertising campaigns. They need to make their adverts not look like adverts so that they can capture the attention of their readers.

Native advertising – where adverts fit in with the flow of the page and don’t have the overt appearance of advertisements – can be anything from a sponsored blog post to a video. This type of advertising was developed to respond to the need of advertisers to increase the number of eyeballs on their adverts.

A good example of native advertising in South Africa can be seen with thought-leadership pieces. For example, if Adrian Gore – who is well recognised as the founder of Discovery – writes about his views on health-care reform, he is implicitly advertising Discovery as his name is synonymous with the brand. Without realising it, by reading the piece readers are automatically being advertised the Discovery brand.

In 2019, we feel that we are going to be seeing a lot more native advertising campaigns emerging in the South African market that are creative and engaging.

Social media networks have come a long way since they entered the market. They have developed new features, done away with some and reinvented others – all in an effort to capture people’s attention and connect with each other.

One feature that was reinvigorated on Facebook in 2018 was Facebook Groups. The latest version of Facebook’s algorithm pushes sponsored content from business pages down a person’s news feed. However, it prefers to promote content in groups to group members.

Twitter upped its character limit for their Tweets from 140 to 280. This allows brands to become more creative with the messaging of their Tweets while preserving the initial aim of the platform, which is to deliver the message in the most concise format.

In 2018, we saw some social media channels piggybacking on others’ inventions. LinkedIn introduced the ability for their users to upload video and Instagram introduced the live broadcast ability.

The creativity and ingenuity of social media channels will continue into 2019 and won’t stop there. The social media giants realise that they have one thing that start-up channels don’t have: the vast audience numbers. To make sure that they keep them, they need to be at the forefront of innovation and give them what they want.

The digital marketing space is an incredibly exciting one and it is rapidly changing thanks to the rapid developments in technology. If you want to take your business to new heights in 2019, you need to be on board. How will Porter’s Generic Strategies Help you in Digital Marketing? 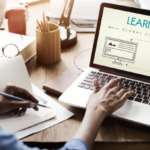 Win with Bona Magazine and the Digital School of Marketing
Menu