What Kind of Ads Can You Run on Instagram? Instagram launched in 2010 and in a matter of the first 24 months it was worth one billion dollars. It was Facebook who forked out the one billion dollars to acquire Instagram in 2012 and six years later it’s the fastest-growing social media platform in the world.

In 2015 Instagram opened itself to advertisers and ever since brands have been advertising on the platform with huge success.

Instagram started as a photo-sharing app and, for a long time, this was all you could do on the platform.

With that said it’s not hard to imagine why image ads are the most popular and also the most effective:

However, like we mentioned above, carousel ads are not that effective when it comes to the Instagram platform. Experts believe it’s because users are used to swiping up and down more than they are swiping left and right.

On Facebook, carousel ads work extremely well, however, this is because one can see that there are more than one picture in a sequence. This automatically tells the user’s brain there is more to be seen.

On Instagram this is not the case. For that reason carousel ads are not as effective as they are on the Facebook platform.

Instagram stories are becoming more and more popular. Experts believe that majority of Instagram users will be looking at stories more so than their own feeds in the next year or two.

This is one of the main reasons why stories are such an attractive ad placement.

The only thing about story ads that can be a bit frustrating though is that the ad placement only allows videos up to 15 seconds.

However, Instagram has made some major adjustments. This means that you can now show a standard square ad in stories as well. This didn’t exist before and it meant that if you didn’t have a video under 15 seconds then you couldn’t place your ad in other user’s story feeds.

Similar to carousel ads, you can also run story carousel ads of up to three frames. As users are so used to tapping on a story to move onto the next one, advertisers can now advertise their messages in three frames which allows them more space to clearly articulate their offer.

This allows a lot of room for creativity.

If you want to learn more about social media marketing then make sure to have a look at our Social Media Marketing Course. How Technology Supports The Future Workforce 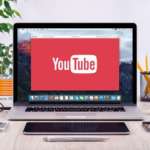 What Kind of Ads Can You Run on YouTube?
Menu